In this article, we’ll go a bit further to help you understand the types of non functional testing through both definitions and relevant, hands-on examples, and the best tools to do your own testing. Here’s what we’ll cover:

Without further ado, let us walk you through a detailed look into the types of non functional testing.

What Are the Types of Non Functional Testing?

Non functional testing is divided into the following types:

Moving further, we will expand each type with a detailed overview of it, relevant test cases, and the best tools around to get the job done well!

What Is Performance Testing?

Suppose you get a new car. As you go for your first drive, you increase the RPM, place a hard foot on the gas, and turn on the AC in order to get an idea of how stable and responsive your car remains while doing all of these actions. This is a real-life analogy of performance testing.

For instance, how much time does an application take to respond when the number of users is >=1000 is an example of performance testing.

Performance testing can be further segregated into 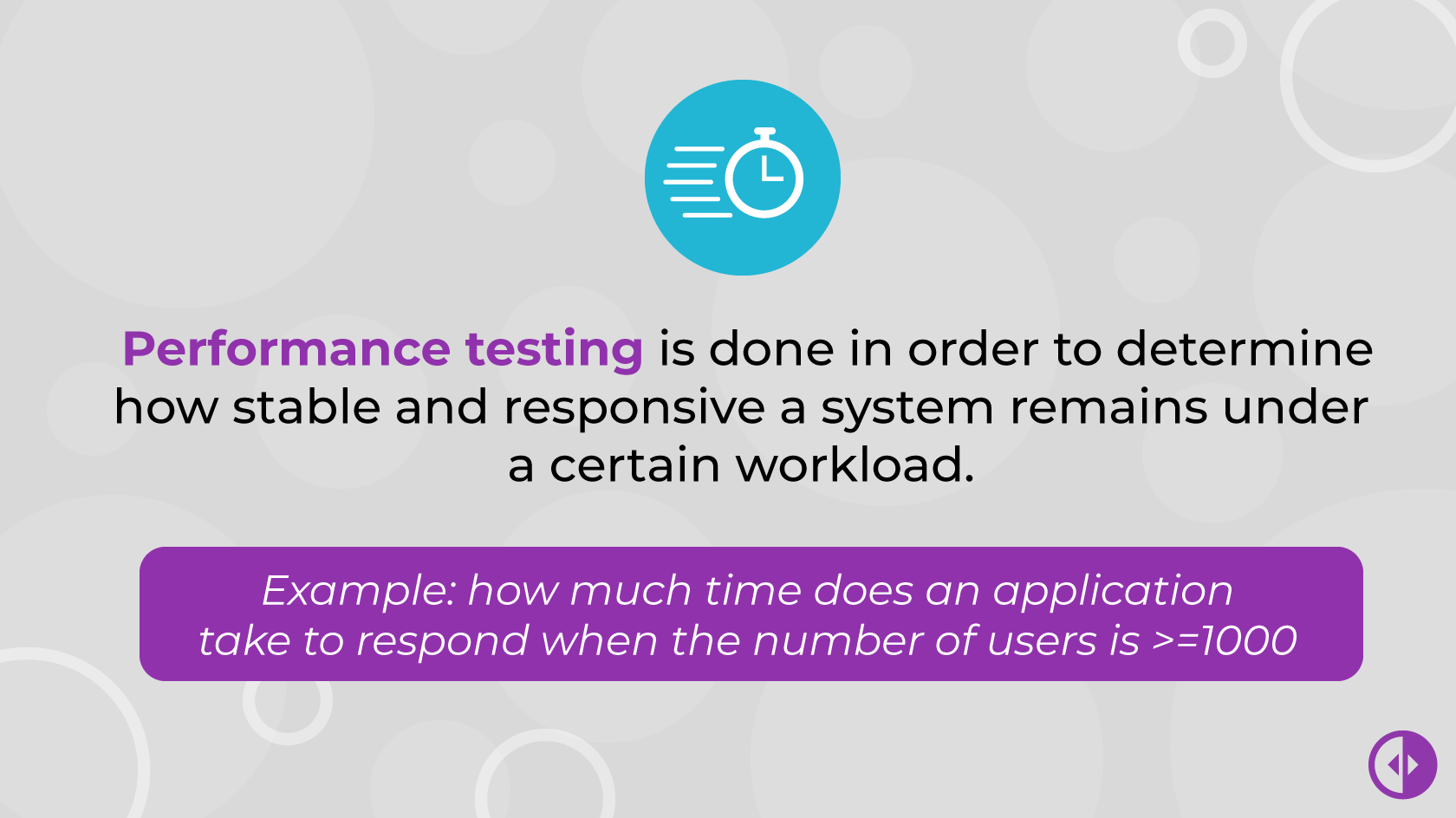 How Do You Perform Load Testing?

An application is placed under maximum load while performing load testing. The objective is to check the application’s performance and identify any bottlenecks under the maximum anticipated user load.

How Is Stress Testing Performed?

How Does Volume Testing Work?

What Is Scalability Testing?

To sum it up, take a look at the following table:

What Is Failover Testing?

Failover testing is one of the most critical non functional testing types. It determines a system’s ability to shift to backup resources during a server failure.

For instance, think about a banking system.

When there is a server failure, operations come to an immediate halt, and considering the number of ongoing banking transactions, things can get extremely chaotic extremely fast. Therefore, prior to an application going live, failover testing is performed so that you know how long the system takes to shift to a backup resource.

What Are the Key Factors in Failover Testing?

While performing failover testing, we look for the point of failure in the system. Once the failure is identified, a solution is designed around it that aids the resolution whenever a crash happens.

However, the following factors need to be kept in mind before testing a system for failover:

What Is an Example of Failover Testing?

Consider a telecom application. Before it goes live, quality assurance engineers sit together and identify the time taken by the application to recover when the primary server fails. Moreover, they identify the financial impact of server downtime.

Based on these two factors, they design a solution to enable the application to shift to a secondary server when the primary one fails. After that, they determine the system’s ability to shift to the secondary server and how well it handles it. This minimizes the downtime and cuts the losses incurred due to server failure.

What Are the Recommended Tools for Failover Testing?

Some of the widely used tools for failover testing are:

This takes us to the next type of non functional testing i.e. compatibility testing.

What Is Compatibility Testing?

Let’s look at a real-life example: your car may be great to drive in the city. But what if you don't drive it on a public road? Will it hold up off-road? What if you change the fuel type -- how will its performance be affected? 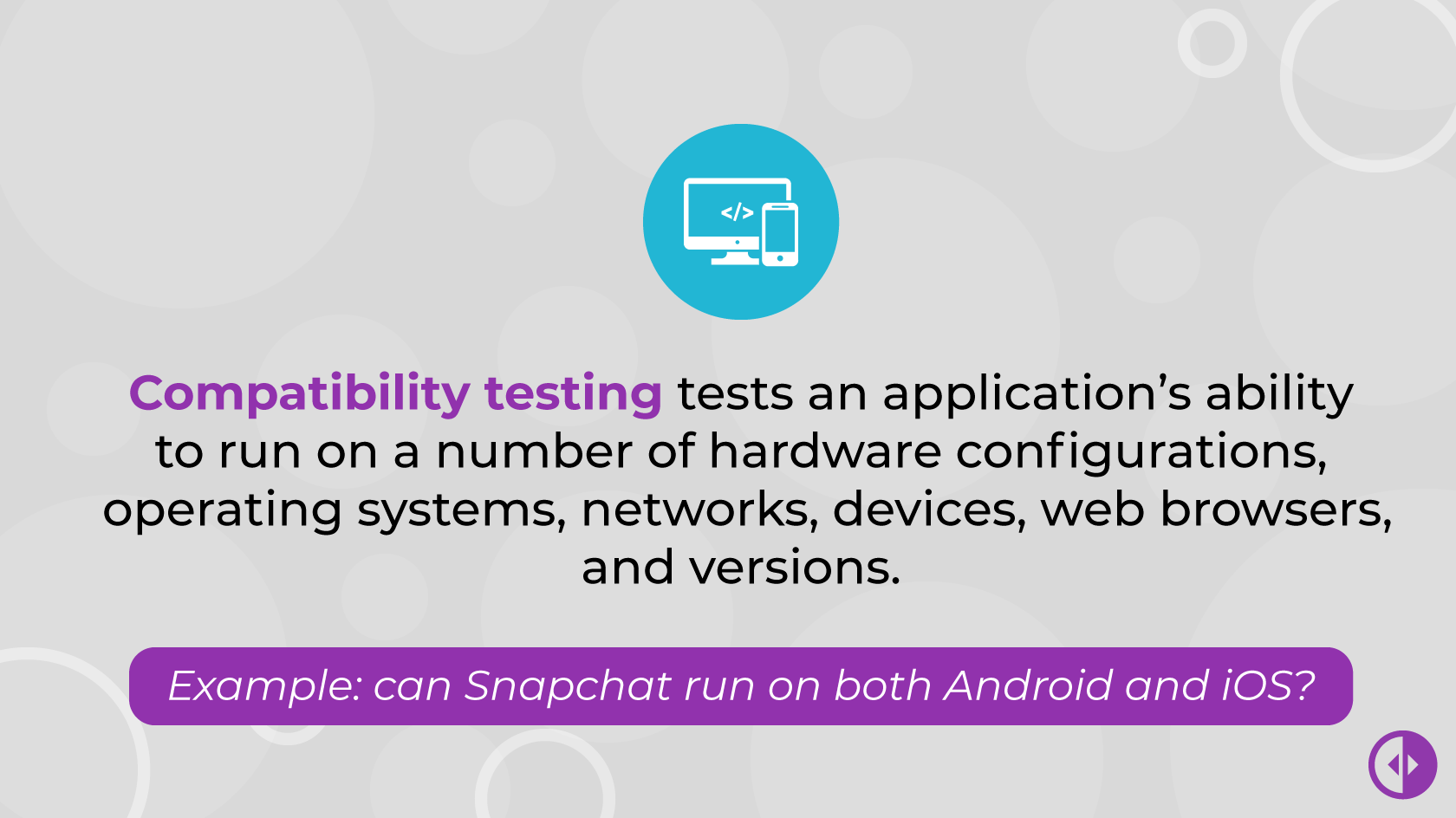 This is exactly what happens with applications in compatibility testing: you try various scenarios to see how well it holds up in each of them.

What is an Example of Compatibility Testing?

Let’s say we want to perform compatibility testing for Snapchat. This will require testing the application on both Android and iOS (Operating Systems).

After that, we will test the application over a Wi-Fi network and a mobile data network. Rinse and repeat with as many combinations of the parameters above as possible.

What Are the Recommended Tools for Compatibility Testing?

Recommended tools for compatibility testing include:

What Is Usability Testing?

Usability testing deals with the user experience side of the application. That is why it is also known as User Experience (UX) testing.

It determines the ease of use, intuitiveness, and the ease for real users to reach their end goals. This type of testing is performed by onboarding real users and watching them use the application. 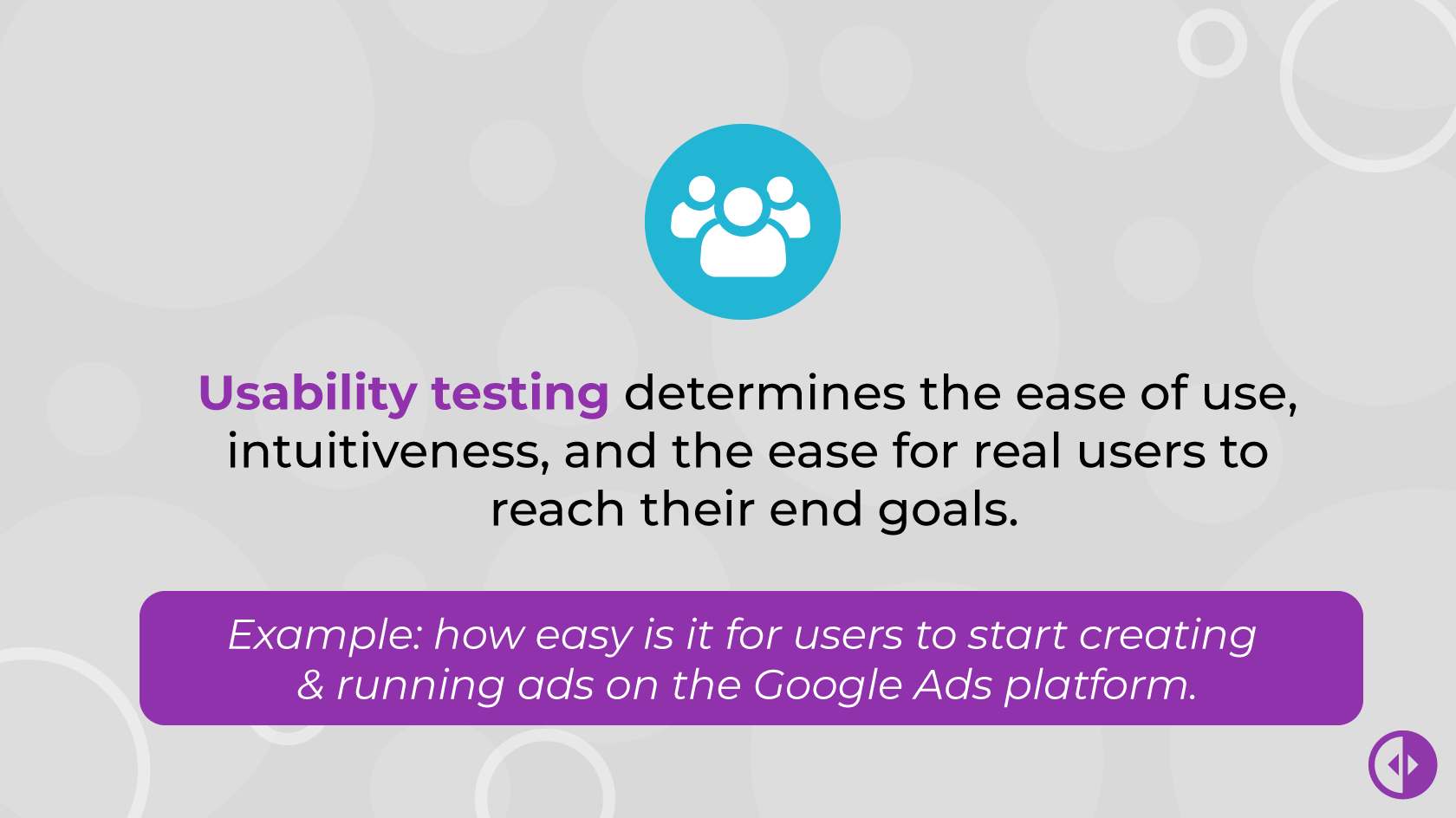 How Is Usability Testing Performed?

Let’s say you are required to perform usability testing for a banking application. The testing can be broken down into the following phases:

This is the initial part where you will recruit potential customers in order to perform usability testing of the application. Working with real third-party users is the best way to get meaningful insights regarding the UX of the application.

Break the application modules and assign tasks to the recruited users. For instance, a test case could be to add a local beneficiary. Another could be to make an online transfer.

These tasks can be assigned to the group of recruits in order to get real user experience insights.

Identify the Loopholes and Propose Fixes

Once the test cases are executed, you will get meaningful reports regarding the usage of the application. Recording the test case execution of the complete flow is a good practice as this provides a chance to go through it again and identify the broken flows so that a fix could be developed for it.

What are the Recommended Tools for Usability Testing?

Some of the popular usability testing tools include

When you’re working on a new mobile or web app, you want to launch it as soon as possible. I get that -- time to market is always important.

But if you launch an app without proper testing, it may fall flat on its phase. Non functional testing is crucial before any launch. But, even if it may seem tedious at first glance, with the proper tools, a lot of it can be automated and you can shorten your time to market.

For instance, have you seen the Diffy demo yet? If not, check it out! If you’re a stickler for accuracy in visual regression testing, you’re going to love it. Plus, you can test Diffy for free for 14 days, so what have you got to lose? 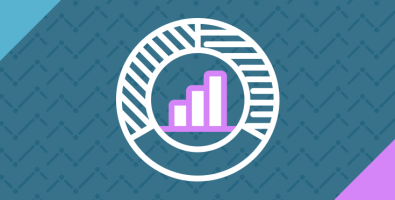 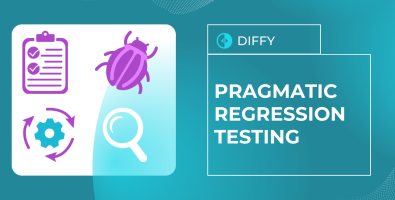 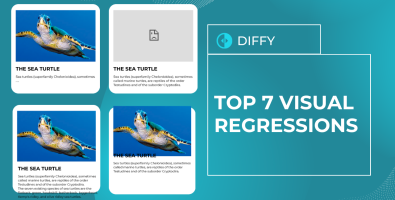